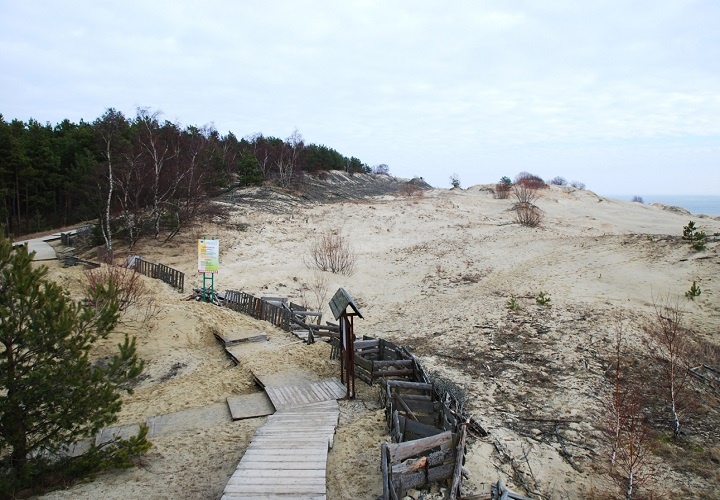 Day 1
Arrival. Transfer to the hotel on request for an additional fee.
Check in to the hotel after the tour.
Note: the program spelled out the exact time of the tour (local time). Please do not be late, the bus leaves on schedule.
Excursion "Koenigsberg and Kaliningrad – past and present", 5-6h
13:10 departure from the hotel Tourist (street A. Nevsky 53)
13:30 departure from the hotel Kaliningrad (Leninsky PR. 81)
Sightseeing tour with excursion of the main attractions of the city: Victory square, sculpture "Fighting bison" in front of the land court of Koenigsberg, a monument to Peter I in front of the Baltic fleet headquarters, drama theatre, the area of old German villas Amalienau, fortifications of the city, the Royal and Rossgarten gate. You will visit the only Amber Museum in our country, which is located in the fortress tower of the middle of the XIX century in the center of Kaliningrad, on the shore of a picturesque lake. You will visit the main memorable place of the city – the Cathedral. There is the tomb of the great German philosopher Immanuel Kant at its walls. In the Cathedral you will meet with a unique exhibition, which tells about the life of Kant, the history of the island of Knaiphof, the Wallenrodt library and much more.


Day 2
Excursion to the Curonian spit national Park, 7h.
10:15 departure from the hotel Kaliningrad (Leninsky prospect 81)
10:30 departure from the hotel Tourist (street A. Nevsky 53)
Route: village Lesnoe – the village Rybachiy – Dancing forest – dune EFA
You will be fascinated by the delicious smells of the salt sea, pine forest and freshly smoked fish. The sea and the Bay, driven by sand dunes and dancing forest, endless sky, scorching sun and cool wind – a walk here will give you a pleasant tired in the legs, oxygen saturation in the lungs, dizziness in the head and peace of mind.
Visit the ornithological station.
You will have the opportunity to purchase smoked fish, which is prepared according to old recipes, caught in the Bay or sea. Free time for swimming and rest on the wide beaches with white sand.


Day 3
Tour "Amber Coast", 8h
09:00 departure from the hotel Tourist (street A. Nevsky 53)
09:20 departure from the hotel Kaliningrad (Leninsky PR. 81)
Route: township of Yantarny-Svetlogorsk Acquaintance with the village of Amber, pre-war Palmniken. There is the largest amber Deposit in the world. From the observation deck you will see a panorama of the quarry, where amber is extracted open-industrial method. You can try yourself as an amber prospector and, armed with a shovel, get yourself a "Sunstone" in a mini-career. All tourists will receive a diploma of "Amber prospector". You can also recharge with natural energy and health in the Amber pyramid, the construction of which took about 800 kg of amber.
The historical centre of Yantarny is located next to the Lutheran Church of 1892. You will walk to the sea past the Palace-style Schloss Hotel, through Becker Park with its centuries-old trees. This beach is the only one in Russia in 2016 received the blue flag – a sign of environmentally friendly and equipped by world standards, the beach.
Then we will see the sights of Svetlogorsk-Raushen. You will be fascinated by the ancient architecture of the late XIX-early XX centuries: private villas, resorts, hotels. Organ hall, larch Park, water tower, Kurhaus. The symbols of the town are the beautiful work of German sculptor G. Brachert – "Carrier water" and "Nymph". Shopping, amber shops, free time for lunch.
During the tour you will visit the hall with dinosaurs, where you will see the reconstruction of the ancient forest, where amber was formed. Who lived in the time of dinosaurs move and growl. Here is a unique collection of stones with inclusions, as well as amber and amber-like resins from different countries.


Day 4
Tour "Fortress City", 4h
09:30 departure from the hotel Tourist (street A. Nevsky 53)
09:45 departure from the hotel Kaliningrad (Leninsky PR. 81)
Throughout its long history, Koenigsberg was a fortress city and remained inaccessible until April 1945. The city gates, towers, bastions and FORTS preserved in Kaliningrad are examples of the brilliant embodiment of the most modern military engineering thought in Europe of the past. You will have an exciting tour passing along the fortifications of the inner defensive ring of the city's defensive wall, moat, Dohna tower, a Bastion of Obertaykh, caserne of the Kronprinz and Grolman Bastion, and, of course, the gates of the city.
A visit to a three-dimensional panorama "Koenigsberg-45. The last assault " in the historical and art Museum of Kaliningrad, a unique opportunity to be in the center of Koenigsberg during the assault of the city by Soviet troops in April 1945.
You will see the monument to the Heroes of the First World War and the memorial "1200 guards"– the main monument to the heroes of the Second World War in Kaliningrad, walk in Victory Park.
And then you will visit the external line of defense of Koenigsberg and visit one of the FORTS of the city.
Visiting Fort No. 11 "Denhof". This well-preserved Fort will amaze you with the power of its walls and ingenuity of the device of such fortresses.
14:00 end of the tour.


Day 5
Check-out from the hotel.
Excursion "the most Western city of Russia + ferry trip" 5-6 hours
09:30 departure from the hotel Tourist (street A. Nevsky 53)
09:45 departure from the hotel Kaliningrad (Leninsky PR. 81)
Route: Baltiysk
The restrained beauty and friendly soul of the legendary city of Baltiysk will be opened to guests during a fascinating tour of the most Western point of Russia. This excursion to the previously closed for free access base of the Baltic fleet. You will learn the history of the formation of the fleet since its Foundation by Peter I. You will see the largest equestrian monument in our country, Queen Elizabeth, you will also see the lighthouse of the famous architect Shinkel height of 33 meters, reformist Church, which became the Orthodox Church, where the relics of Admiral Ushakov. The city of warships and courageous people is ready to show itself from a new side: a short pleasant walk on the ferry along the ancient Strait will give you colorful photos and unforgettable emotions, you can see the Baltiysk and the unique Baltic spit from the water.
15:00 Arrival in Kaliningrad. Optional transfer to the airport for an additional fee.

The price of the tour per person, USD

- entrance fees according to the program;

- breakfast at the hotel Tourist.

- excursions specified in the program with Russian speaking guide (English or German translator is 90 USD per day).